After leaving Las Vegas, Mike and I really needed a pick-me-up, and what better way to cheer up an engineer than to take him to one of America’s best ‘dam’ architectural feats? (No seriously, it’s one of USA’s 7 Modern Civil Engineering Wonders).  I was also fairly interested as well, if only for the road trip cred and to feel particularly patriotic.

We went right by the new bridge without even realizing, following signs around winding road. (Seriously, Nevada, what’s with your twisty roads?) The bridge itself is a beautiful piece of architecture, and I spent longer than I want to admit gawking at it once we parked our car.

I was happy to learn that the bridge was only unveiled for use in 2010, meaning all of my relatives who have seen the Hoover Dam haven’t seen this. It was fun to write home about. The bridge is crucial for people to get to the dam, so that’s so ‘dam’ fine planning.

Getting into the actual information area to even see the dam proved to be harder than you’d think. Mike and I thought we had taken all offending items out of our pockets/purse, but unsurprisingly, the electronic sensor buzzed. Oh yes, a word of caution: To visit the dam, you must first pass a security checkpoint that basically resembles an airport terminal, complete with emptying your pockets into a plastic bin and walking through a terminal with your arms outspread. Make sure you have no weapons, liquids, etc n you when entering. Mike and I both forgot about our pocket knives and had to make the trip back to the car garage, which almost cost us the ability to see the extended tour.

Another caution: Even though this is just, well, a dam, the Hoover Dam is a hoppin’ place. We got there at 1:30, and the tours were booked solid until the last one at 3:30. Mike and I quickly bought our tickets for the Hoover Dam Tour (vs. the Power plant Tour, which sounded kind of lame) and got ready for a fun-filled dam tour.

The tour begins with a 30-minute movie that is essentially American Greatness propaganda, but does give a LOT of information about the origins of the dam project and its construction from start to finish. I would not recommend missing it because a lot of the material isn’t covered in the tour, since the tour is more focused on the hydroelectric power. The end credits reminded me eerily of Hunger Games “Panem today, Panem tomorrow, Panem forever,” but also somehow manages to make one feel a little more patriotic than you did upon entering.

After the movie, you are given the opportunity to explore the museum, which gives you in-depth facts about the building, how the dam is powered, and firsthand accounts from workers on the dam. Your tour guide meets up with you and leads you into the dam itself not long after this.

The elevator that everyone crowds into is too ‘dam’ small for 20 people, so if you are claustrophobic, I would suggest not taking this tour. The dam also has very narrow portions, so you may want to rethink it and just do the light tour that does the upper levels of the dam.

We had the rare pleasure of seeing one of the turbines being serviced, which was pretty cool. The Hoover Dam has these huge turbines that circulate the water from the Colorado River and harness the energy before dumping the water back into the manmade Lake Mead. It’s a pretty intense process, and was petty cool to see in action.

The tour also gives you pretty awesome views inside of the dam into the older portions, where the workers used to use. On the walls is the faint outlines of their plans written out on the most available writing surface. We got to take turns looking out of a grate onto the river, which was ‘dam’ cool.

After the tour was over, Mike and I took a walk around the grounds outside of the dam itself, which proved pretty interesting in themselves. There is a whole monument dedicated to the day that the dam was unveiled and all of the people there in the form of two angels, surrounded by a map engraved with bronze of the star positions the night of the unveiling. The whole thing was very beautiful , but a little bit too smug for my taste. They did have a grave for the resident dog that was the workers’ mascot during constructions, which I thought was very sweet.

All in all, I recommend the Hoover Dam to just about everyone. It is fun to learn about American history, a bit of science, and to take in the beauty of the scenery. Go forth and admire American exceptionalism!

Next stop: A lovely stay in socal! 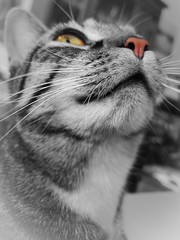 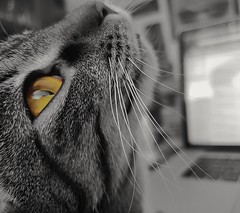